The management of Al-Haraj market for used cars in Sharjah confirmed that the recent period witnessed an increase in the demand for cars with small engines, compared to large cars, by about 20%.

She revealed to “Emirates Today” that African markets account for the largest shares of export operations for used cars, with a volume of transactions ranging between 200 and 250 transactions per week, pointing out that the market is the largest in the region, and aims to reformulate the regulations and standards of this industry in a framework of transparency. Within one destination.
African market The director of Al-Haraj Market for used cars in Sharjah, Majid Al-Mualla, said that the African market accounts for the largest shares of exports of used cars in the market. He added that the number of export transactions to this market ranges between 30 and 40 transactions per day, and the volume of transactions ranges between 200 and 250 transactions per week.
He explained that Nigeria, Congo, Benin, Ethiopia, Ghana, Mauritania and Madagascar are at the forefront of countries that are exported to, while countries: Guinea, South Africa, Djibouti, Tanzania, Kenya, Cameroon, Ivory Coast, Brundi, Angola and Libya came in Next position. Small cars Al-Mualla stated that there is an increase in the demand for cars with small engines and four cylinders, compared to cars that have a larger engine and more gasoline consumption, pointing out that the tendency of shoppers for small cars has kept the demand for the market active, and the demand for them during the last period increased by nearly 20 percent. %, With expectations of an increase in the percentage during the coming period.

Haraj Market Al-Mualla explained that Sharjah’s Al-Haraj market is the largest in the region and the most prominent destination for car dealers and shoppers, and aims to reformulate the industry’s regulations and standards in a framework of transparency, within one destination.
He pointed out that occupancy in the market continued at a rate of 99%, despite the circumstances that passed as a result of the global outbreak of the Corona virus, which reflects the strength of the investment climate in Sharjah, and confirms the success of the Sharjah Asset Management Company, which oversees its management, in developing The various procedures, services and facilities provided by the market, which were designed according to international standards. strict laws Al-Mualla affirmed that the strict laws put in place by the market administration to limit the phenomenon of “brokers” and selling intermediaries in the market, have achieved satisfactory results through the decrease in the number of violations issued against these persons, indicating that these laws consisted in allocating identification cards for workers at market showrooms, to organize their work mechanism. As well as intensifying control over the middlemen who travel between the fairs in the market with their own cars.
He pointed out that if it is confirmed that they carry out this activity, the violator will be dealt with according to the laws of the market in force. Business card Al-Mualla explained that the work card issued by the market administration to the delegates determines their work places and the authority that they follow, indicating that the aim of issuing the cards is to organize the buying and selling processes in the market, and to help the inspection personnel to know the street vendors and transfer them to the concerned authorities, noting the cooperation between Managing the market and the competent authorities in the emirate, to achieve the public interest, and to eliminate the phenomenon of unauthorized commercial behavior in the market.

He mentioned that the market includes all technical inspection services, vehicle registration, and other services from banks, exchange offices, insurance, and restaurants, which saves exhibition owners and customers a lot of time and effort, and contributes to supporting the car trade sector and stimulating economic activity in the emirate, and meeting the great demand from dealers Cars wishing to conduct their business from this site. 79.5 One billion dirhams in UAE trade of new and used vehicles in 2019 The UAE trade in cars, including new and used vehicles, exported, imported and re-exported, during the year 2019, a value of 79 billion and 504 million and 178 thousand and 742 dirhams. The total value of “imports” amounted to 51 billion 79 million 480 thousand and 590 dirhams, while the total value of “re-exports” amounted to 28 billion, 73 million and 862 thousand and 755 dirhams, and the total value of “exports” recorded 350 million, 835 thousand and 397 dirhams. Sharjah Haraj … 415 exhibitions The manager of Al-Haraj Market for Used Cars in Sharjah, Majid Al-Mualla, said that the market extends over an area of ​​more than 420 thousand square meters, and includes more than 415 showrooms and 70 shops for car care services, accessories, and other car accessories, and there are about 20 thousand parking spaces in it. Exhibitions, and about 5,000 parking lots for visitors and market-goers, in addition to spaces dedicated to storing cars, to provide a major destination for buying and selling cars in Sharjah. 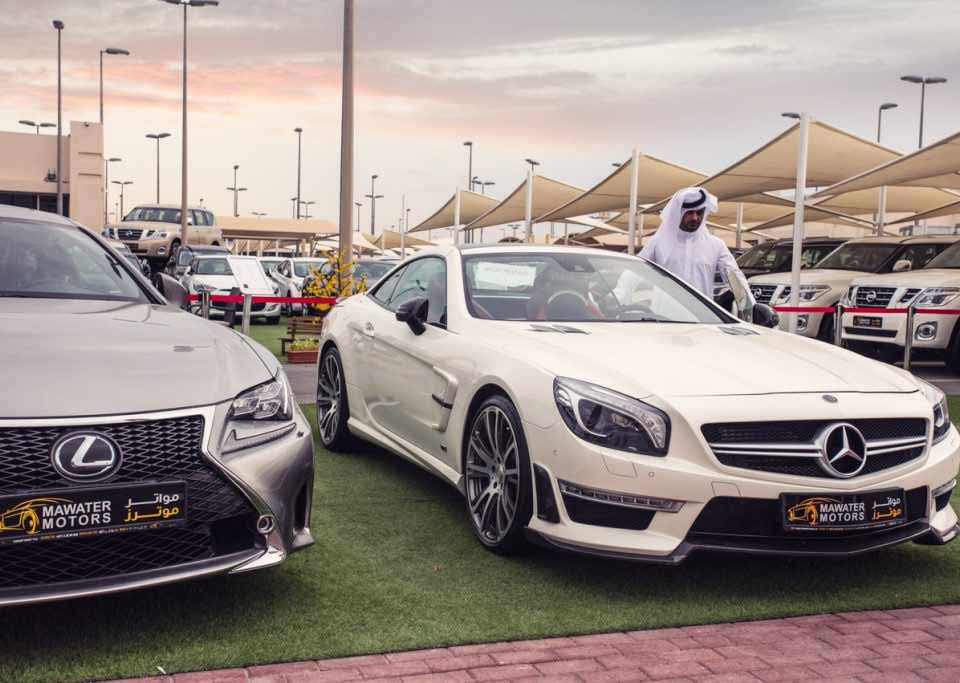 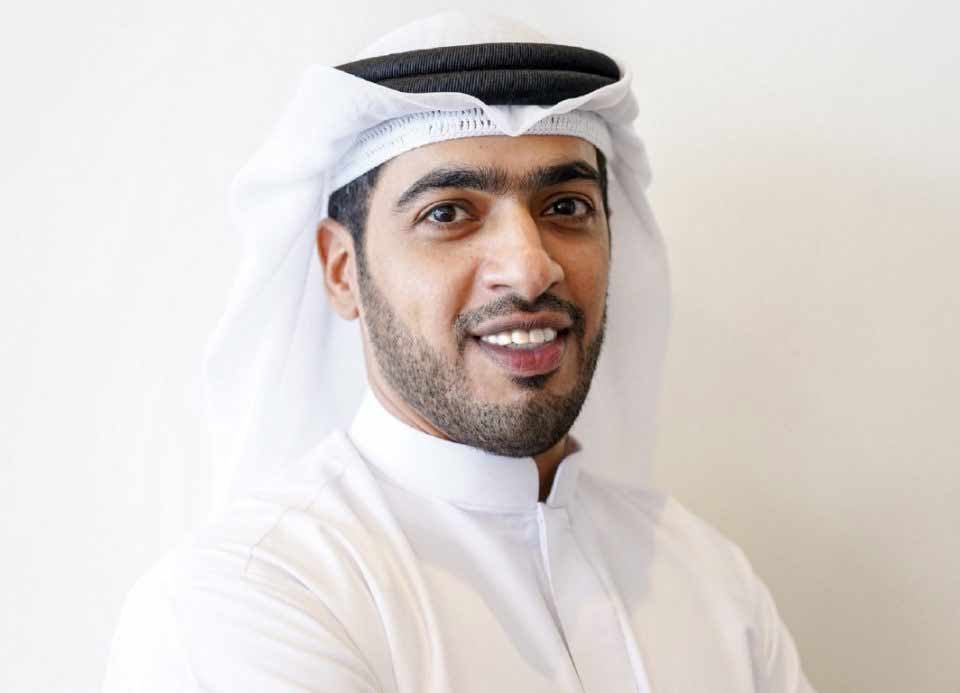 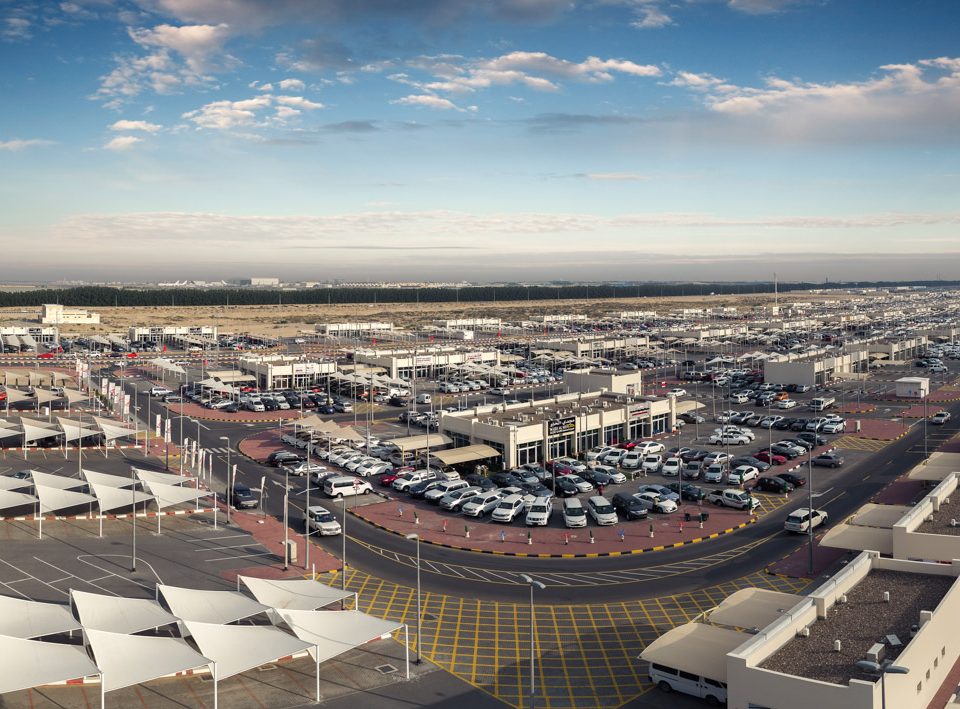